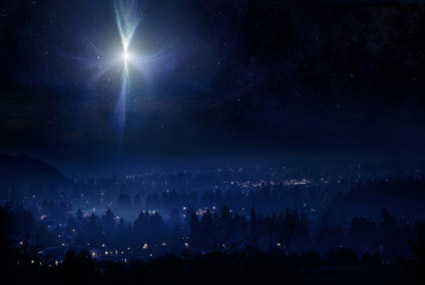 . . . Now after Jesus was born in Bethlehem of Judea in the days of Herod the king, behold, wise men from the East came to Jerusalem, saying, “Where is He who has been born King of the Jews? For we have seen His star in the East and have come to worship Him.”

. . . the star which they had seen in the East went before them, till it came and stood over where the young Child was. 10 When they saw the star, they rejoiced with exceedingly great joy. 11 And when they had come into the house, they saw the young Child with Mary His mother, and fell down and worshiped Him. . . .

We are NOW in the 12 Days of Christmas. These are the days from Christmas Day until Epiphany.

Nativity scenes depict the whole of the account of the birth of Christ. Many know that the arrival of the Magi, the Wise Men, occurred after the “manger.” As the text says, “after Jesus was born” the Magi came and entered “the house.” It was probably months after the birth as Herod had all babies, up to the age of two, killed (Matt. 2:16).

In the West, Epiphany (6 January) is celebrated as “the manifestation of Christ to the Gentiles as represented by the Magi (Matthew 2:1–12).”

In the East, on 6 January, the Orthodox Church celebrates the Feast of the Holy Theophany,  Epiphany , as the manifestation of God (Father, Son, and Holy Spirit), at the Baptism of Christ.

Matthew 3: 16 When He had been baptized, Jesus came up immediately from the water; and behold, the heavens were opened to Him, and He saw the Spirit of God descending like a dove and alighting upon Him. 17 And suddenly a voice came from heaven, saying, “This is My beloved Son, in whom I am well pleased.”

A Meditation for Christmastide and Epiphany: God With Us –A WONDERFUL Video <4 min.(youtube)