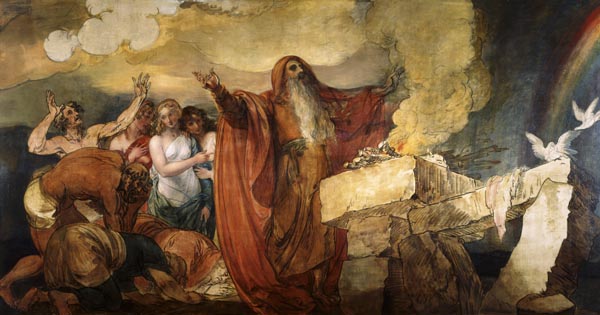 GENESIS, Chapter 6.– When man began to multiply on the face of the land and daughters were born to them, 2 the sons of God saw that the daughters of man were attractive. And they took as their wives any they chose. 3 Then the Lord said, “My Spirit shall not abide in man forever, for he is flesh: his days shall be 120 years.” 4 The Nephilim* were on the earth in those days, and also afterward, when the sons of God came in to the daughters of man and they bore children to them. These were the mighty men who were of old, the men of renown.

5 The Lord saw that the wickedness of man was great in the earth, and that every intention of the thoughts of his heart was only evil continually. 6 And the Lord regretted that he had made man on the earth, and it grieved him to his heart. 7 So the Lord said, “I will blot out man whom I have created from the face of the land, man and animals and creeping things and birds of the heavens, for I am sorry that I have made them.” 8 But Noah found favor in the eyes of the Lord.

NOTE on the Text from NICOT Genesis:  In v. 4 “children” [Not Nephilim] is taken to be the antecedent of  “These mighty men…”  [ Nephilim…in those days is simply a time marker; a parenthetical historical note.] 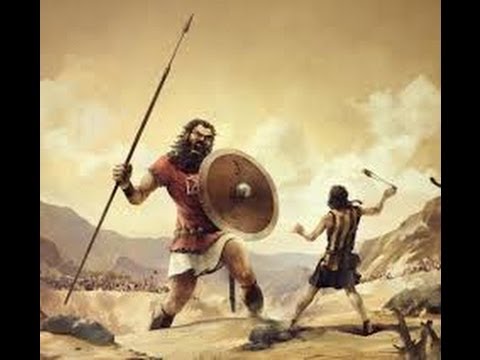 Dr. Brown begins: “Isn’t it interesting that one of the most obscure verses in the Bible is the subject of so much conversation and speculation?”

And Dr. Brown ends: “Let’s not try to read too much into it.” youtube video here

In between, Dr. Brown makes clear that “We do not know.” Except for half of one sentence (which will not be even  noticed by most of his fans)  in the almost 3 minute video, we would not know that there are other explanations other than that of the far-fetched offspring of “fallen angels.”

Dr. Michael Brown is dealing with the nut-case fringe which speculates about aliens, space ships, and Nephilim today–this is the kind of stuff that sells books for a certain segment of evangelicals. Most who listen to him on facebook will never open a Bible and read Genesis in context.

The New International Commentary on the Old Testament (NICOT) gives us three views of “the sons of God” in verse 2. One is that this is the standard reference to “angels” and equates their progeny with the Nephilim, as “fallen ones,” of verse 4. [It should be noted that this is the first reference to “sons of God” in the Bible. This exact phrase is found only three other times in Hebrew in Job, where it is a reference to angels. We must ask, is it proper to apply the definition found in a later book of a different genre to this very first [and ONLY] reference in Genesis?]

The masterful G. Ch. Aalders (BSC*) states, “This view is, in our judgment, untenable….it [sons of God] refers exclusively [here in Genesis Six] to the world of human beings.”

Prof. Aalders cites Hosea 1:10 which is a  reference to God’s chosen people as “sons of the living God.”

“There are, moreover, other places in the Old Testament where people are referred to as ‘sons of God.’ In Deuteronomy 32:5 and Hosea 1:10 the Israelites are so designated.” [The Israelites, God’s chosen people who replaced God’s original chosen ones of Adam.]

Another (second) view, related to the flow of the text (chapters 4 and 5) given above, is that the “sons of God” were the descendants of Seth, and the “daughters of men” are the descendants of Cain. The sin is that of intermarriage between believer and unbeliever. The Theological Wordbook of the Old Testament (Harris, Archer, Waltke) sees this as the “more likely” explanation.

And a third view is that the “sons of God” were early royal aristocrats and “daughters of men” were “the royal harems of these despots.”

Cf. “the sons of God.” NICOT: “…the text establishes no causal connection…the giants were present at the same time [emphasis mine] as the marriages between ‘the sons of God’ and the ‘daughters of men.’” [Read that bold type again and make it clear in your mind.]

“The reference to the presence of giants is, thus, no more than a designation of time. This is indicated by the word ‘then’ or ‘at that time.’”

G. Ch. Aalders: “The writer speaks of the giants….a historical phenomenon that was familiar to his readers. Thus it was a meaningful designation of a specific period of history.”

“Genesis 6:1-4 should be approached as a straightforward description of the conditions that prevailed among the human race [the race of Adam] before the Deluge.”

Despite what we do not know about the Nephilim, we do know the context. And context is king. The one reason to study these verses is to be equipped to exhort those who carelessly use them [leading to their following various ‘winds’ that capture the vain imagination] to study them. Vain imaginations and idle speculations are stumbling blocks to others, esp. unbelievers, and give a poor witness when used by Christians.  All of us are to focus on Christ and His Kingdom that we may be found faithful stewards who do not need to be ashamed when He returns. Marana tha 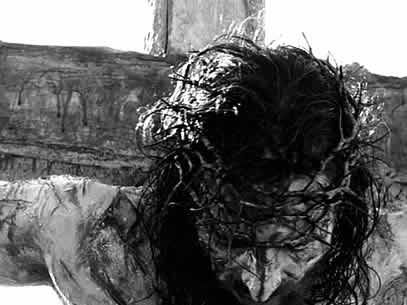