What We Don’t Know of Jesus’ Times Deflates the Impact 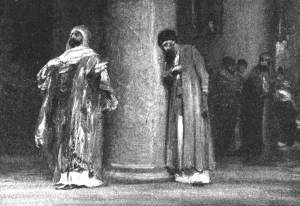 The Pharisee and Publican Praying in the Temple

The Publican, a Jewish tax collector, was a traitor, being hated as one who worked for the occupation force of a pagan power, Rome. In rabbinic literature “hatred was to be extended even to the family of the tax collector” (ISBE).

Just pointing to a tax collector praying in the Temple would have been a shock! 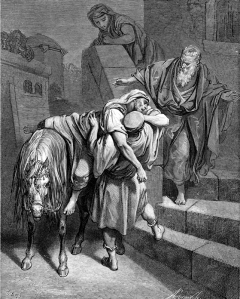 The Scandal of the Samaritan

Jews despised Samaritans and viewed them as unclean foreigners. This went back in history to Assyria’s conquest of the Northern Kingdom….

Preface to The Good Samaritan : Of Lawyers, Language, and Learning (Link) 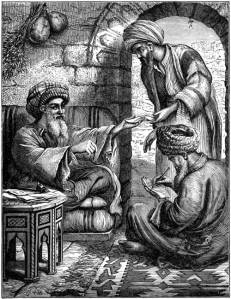 The Parable of the Dishonest Manager

“What?! The master praised this servant???”

“…smaller than all seeds…”

For the technical mind, “all” must mean “all.” But for a parable, it is a literary device to convey the point 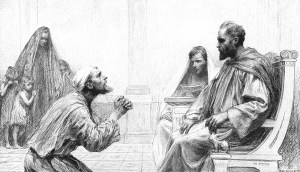 The Parable of the Unforgiving Servant

Ten Thousand Talents–Have you ever heard a tall tale, or an outlandish story to which you exclaimed, “WHAT???”

The Parable of the Unforgiving Servant, Part Two 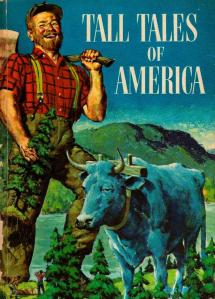 The Parable of the Unforgiving Servant

21 Then Peter came to Him and said, “Lord, how often shall my brother sin against me, and I forgive him? Up to seven times?”

22 Jesus said to him, “I do not say to you, up to seven times, but up to seventy times seven. 23 Therefore the kingdom of heaven is like a certain king who wanted to settle accounts with his servants. 24 And when he had begun to settle accounts, one was brought to him who owed him ten thousand talents. 25 But as he was not able to pay, his master commanded that he be sold, with his wife and children and all that he had, and that payment be made. 26 The servant therefore fell down before him, saying, ‘Master, have patience with me, and I will pay you all.’ 27 Then the master of that servant was moved with compassion, released him, and forgave him the debt.

28 “But that servant went out and found one of his fellow servants who owed him a hundred denarii; and he laid hands on him and took him by the throat, saying, ‘Pay me what you owe!’ 29 So his fellow servant fell down at his feet and begged him, saying, ‘Have patience with me, and I will pay you all.’ 30 And he would not, but went and threw him into prison till he should pay the debt. 31 So when his fellow servants saw what had been done, they were very grieved, and came and told their master all that had been done. 32 Then his master, after he had called him, said to him, ‘You wicked servant! I forgave you all that debt because you begged me. 33 Should you not also have had compassion on your fellow servant, just as I had pity on you?’ 34 And his master was angry, and delivered him to the torturers until he should pay all that was due to him.–Matthew 18

Have you ever heard a tall tale, or an outlandish story to which you exclaimed, “WHAT???”

That would have been the reaction to the outlandish debt on hearing Jesus’ parable. In our day of trillions of dollars of debt, we are numb to such amounts. But in Jesus’ day, 10,000 Talents would elicit shock and awe! (For perspective, Josephus tells us that Herod Antipas’ take of the taxes for all of Galilee and Perea was 200 Talents.)

This is what a parable does. It grabs the listener’s attention. In a noted commentary on Matthew, my asterisks alongside details which attempt to provide a rational explanation for that debt are keyed to a note I wrote at the bottom: “It’s a PARABLE!”

On the other hand, W. F. Albright gives us only one detail, and that puts it in stark perspective: 1 Talent = 6,000 Denarii. In Jesus’ day, one denarius was the day’s wage for a common laborer—that makes the debt equal to 60 million days worth of wages!

And then Albright simply says, “The lesson of the parable is clear enough…”

We are in no position to repay our debt to God or to ever be able to work off that debt. We can only beg for mercy. And in the face of our outlandish debt which has been forgiven, it is equally outlandish that we servants should spurn God’s mercy by demanding the full payment of a pittance owed to us by any fellow servants as we close our ears to their pleas for forgiveness.

Pay attention to the preceding verses that set the context: Going to a brother who has sinned.

Note the context of Peter’s question: a “brother”–a fellow Christian

Be Aware of the way “forgiveness” has been distorted by our therapeutic culture. Christianity Today, in an editorial of a decade ago, noted that such basics have undergone a metamorphosis which distorts their biblical sense.

Just as “love” is used to excuse any immorality, so, too, “forgiveness.”

We need a Back To Basics move in our churches. Many Christians have accepted the world’s re-definition of basics like love and forgiveness.  And it is a sad state of affairs that there is so little teaching on this in the churches amidst the confusion. [There is no Reformation.] 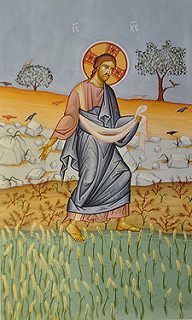 “A sower went out to sow his seed; and as he sowed, some fell along the path, and was trodden under foot, and the birds of the air devoured it. And some fell on the rock; and as it grew up, it withered away, because it had no moisture. And some fell among thorns; and the thorns grew with it and choked it. And some fell into good soil and grew, and yielded a hundredfold.”

As he said this, he called out, “He who has ears to hear, let him hear.”